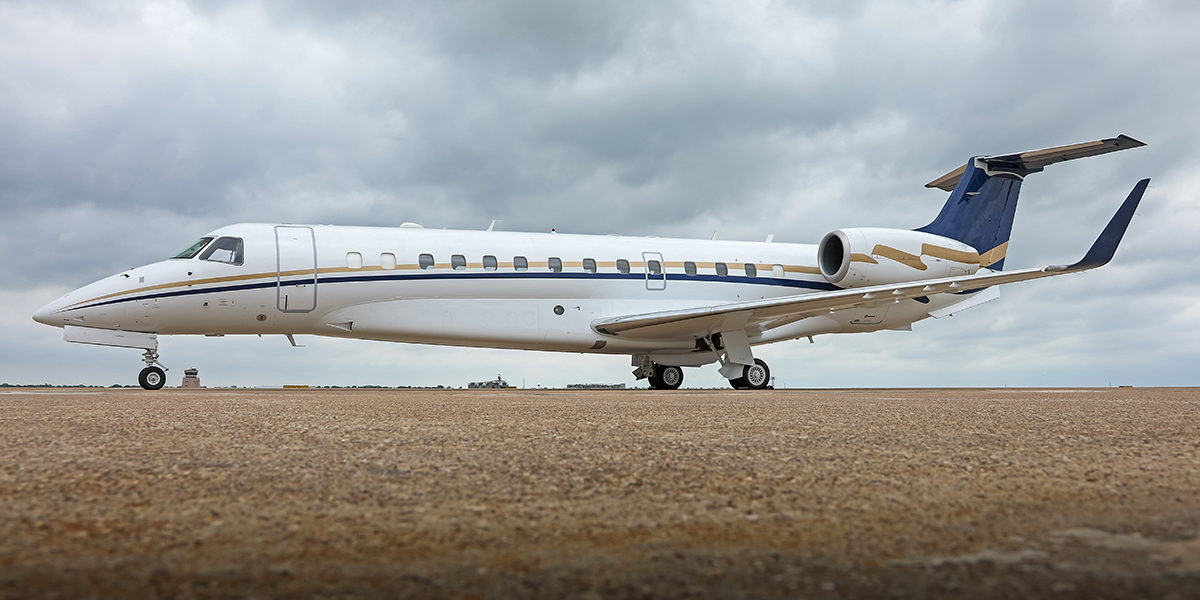 The Embraer Legacy 600 is a business jet derivative of the Embraer ERJ 145 family of commercial regional jet aircraft. The Legacy 600 is considered a “Super Midsize” category aircraft offering a three-zone cabin, a large aft lavatory with two windows and a 240 cu ft aft baggage compartment.

As of December 2019, 71% of Legacy 600 aircraft were purchased pre-owned by their current owner, the other 29% new. 8.6% are for sale with the majority of those (93%) under an exclusive broker agreement. When for sale the average time on the market is 370 days.

The Legacy 600 was first introduced in 2000 at the Farnborough Airshow. JAA certification came in August 2002 and FAA certification followed soon after. The model was originally announced as the “Legacy 2000” and the model name “Legacy 600” was not adopted until 2005. Production ended in 2015 with a total of 175 Legacy 600 aircraft built. One has retired. Two AE3007A1E engines power the Legacy 600 each offering 7,953 pounds of thrust and using a combined 272 gallons per hour (GPH). The range of the Legacy 600 is 3,430 nm operating under NBAA IFR 4 passengers with available fuel.

The cabin volume for the Legacy 600 is 1,656 cubic feet. Typical configuration features 13 passenger and 2 crew seats.

Click Here to view all Embraer aircraft for sale by Jetcraft.