The twin-engine, seven-seat HondaJet HA-420 is the first aircraft developed by Honda Aircraft Company. The over-the-wing engine mount is the major differentiating feature of the HondaJet and was engineered and proven by Honda after more than 20 years of extensive research and development. The HondaJet’s over wing engine mount configuration was designed to maximize cabin space and achieve lower wave drag at a high Mach number. The nose and wing are designed for laminar flow, and the main fuselage has a constant profile.

Honda began to research compact business jets in 1986. The design of the first HondaJet was years in the making, but the concept was locked-in in 1999. The first proof-of-concept version of the HondaJet flew in 2003 with the first FAA-conforming/production ready HondaJet having its first flight in December 2010. The GE Honda HF120 engine received FAA type certification on 13 December 2013, and production certification in 2015. The HondaJet HA-420 was certified in December 2015 with the first delivery happening that same month. A total of 120 HondaJet HA-420 aircraft have been built with 2 retired/stored and 28 at the manufacturer. The Global Express XRS is an improved version of the Global Express aircraft, offering higher cruise speed, increased range, and improved cabin layout and lighting. The range increase is achieved by the addition of a 1,486 lb. (674 kg.) fuel tank at the wing root.

As of June 2019, 60% of Global Express XRS aircraft were purchased pre-owned by their current owner, the other 40% new. 10.7% are for sale with the majority of those (88%) under an exclusive broker agreement. When for sale the average time on the market is 191 days. As of March 2019, 24% of Citation Sovereign+ aircraft were purchased pre-owned, the other 76% new. 7% are for sale with more than half of those (83%) under an exclusive broker agreement. When for sale the average time on the market is 98 days.

Production of the Citation Sovereign ended in 2013 and was replaced by the improved Sovereign+. The Sovereign+ was initially announced at the October 2012 NBAA, it first flew in April 2013 and was certified in December 2013. A total of 84 Sovereign+ business jets have been built.

There are 84 Citation Sovereign+ business jets in operation today and all are wholly owned. 8.3% are currently leased. North America has the largest percentage of Sovereign+ aircraft (83%), followed by Europe (9%) and South America (7%). 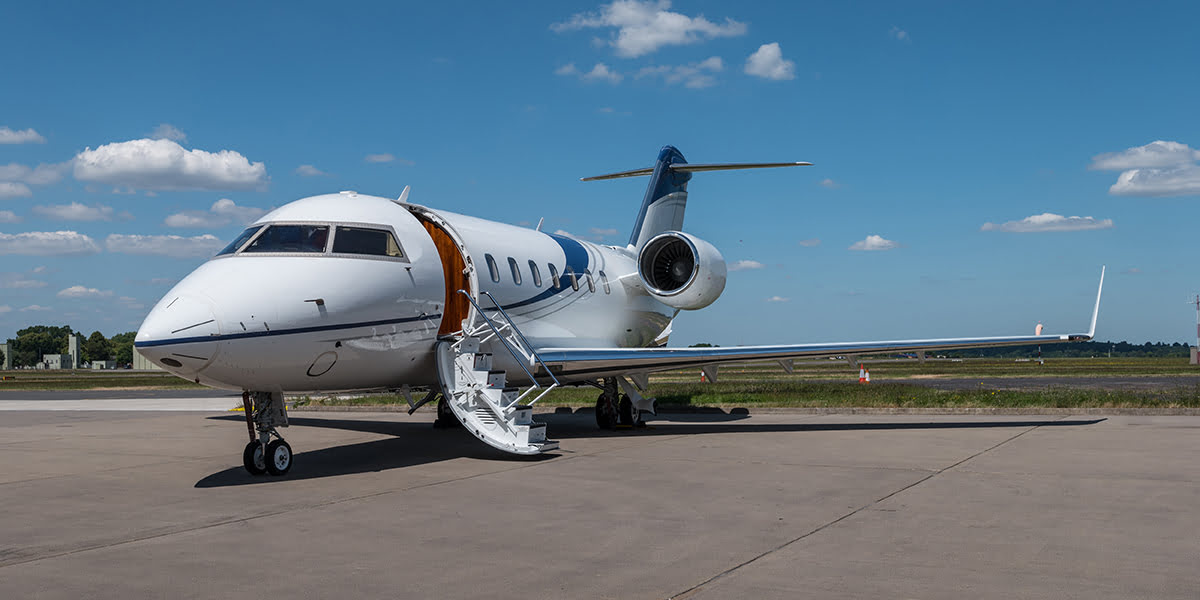 The Challenger 650 is the updated version of the Challenger 605. The Challenger 650 features 2 additional executive seats to accommodate up to 12 passengers, upgraded engines offering a higher thrust rate to reduce takeoff field length, and larger appliances in the galley to assist with faster meal preparation.

The Learjet 45 was Learjet’s first clean sheet design since the company’s first aircraft – all other models until that point had evolved from the original 1963 Learjet design of Model 23. This new model changed the Learjet line by combining the efficiency and price of a light jet with the interior space and range of a medium jet. It features lower maintenance costs due to longer inspection intervals.

As of March 2019, 96% of the Learjet 45 aircraft were purchased pre-owned by their current owners, the other 4% new. 10.7% are for sale with more than half of those (69%) under an exclusive broker agreement. When for sale the average time on the market is 289 days.

Bombardier announced it was developing the Learjet 45 at the US National Business Aircraft Association’s annual convention in Dallas in September 1992. The Learjet 45 received FAA Certification in 1997 and ended production in 2007. It was the Learjet Division’s principal product from the 1990s until the introduction of the Model 75 variant in 2012. A total of 248 Learjet 45 business jets were built, 6 are retired.

There are 242 Learjet 45 business jets in operation today. Most of these are wholly owned (232) with 10 in shared ownership. 5% are currently leased. North America has the largest percentage of wholly owned Learjet 45 aircraft (76%), followed by Europe (9%) and South America (8%). The Global 7500 has recently entered service making it the largest and longest range business jet on the market. It features an improved design over the Global 6000 aircraft. The length of the aircraft is 33.71m, overall height is 8.14m and wingspan is 31.79m. The aircraft features a new high-speed transonic wing, which significantly optimizes its aerodynamic efficiency. The aircraft features an onboard maintenance system (OMS), datalink, high-speed SATCOM, next generation cabin management system (CMS) and controller pilot data link communication (CPDLC).

As of March 2019 there have been 22 Global 7500 business jets built and all have received a Certificate of Airworthiness – one is in operation and 21 are at the manufacturer waiting to be completed. One Global 7500 is in production. Two Global 7500 delivery positions are for sale and both of those positions are under an exclusive broker agreement. One delivery position has been on the market for 41 days, the other for 1,603 days.

Originally named the Global 7000, the model was renamed the Global 7500 after its extended range was announced in 2018. Type certification with Transport Canada was completed in September 2018, the FAA in November 2018, and the European Aviation Safety Agency signed off on the new model in early February 2019. The Global 7500 had 100 secured orders as it entered service on 20 December 2018. VistaJet Charter operator (30), and NetJets fractional provider (20) have a combined total of 50 orders. Dassault launched the Falcon 900 in 1987 and introduced the Falcon 900EX in 1996. In 2003 Dassault began offering the 900EX with the EASy digital cockpit calling the model the 900EX EASy. Based on the Honeywell Primus Epic system, EASy (Enhanced Avionics System) offers improved safety via information management features to improve overall crew situational awareness.

As of January 2019, 60% of the Falcon 900EX EASy aircraft were purchased pre-owned by their current owners, the other 40% new. 7.6% are for sale with the majority of those (89%) under an exclusive broker agreement. When for sale, the average time on the market is 288 days. The Cessna Citation XLS+ is the third aircraft in the Citation Excel series (also including the Excel and the XLS models). It is the updated version of the Citation XLS and features improved Pratt & Whitney PW545C engines and an upgraded Collins Pro Line 21 avionics suite. Exterior and interior restyling is also integrated into the new model, most prominently the extended contour of the nose and expanded seat widths.

As of January 2019, 36% of Citation XLS+ aircraft were pre-owned by their current owner, the other 64% new. 4% are for sale with more than half of those (64%) under an exclusive broker agreement. When for sale the average time on the market is 123 days. The GIV/GIV-SP is the first in the Gulfstream family to employ Goodyear Aerospace’s brake-by-wire system and a Dowty fail-passive steer-by-wire system, making maneuverability easier. The Gulfstream GIV-SP gross takeoff weight is a 1,400 pound increase over the GIV.

As of October 2018, 85% of Gulfstream GIV-SP aircraft were purchased pre-owned by their current owners, the other 15% new. 8.9% are for sale with the majority of those (86%) under an exclusive broker agreement. When for sale, the average time on the market is 339 days.

The Gulfstream GIV-SP (SP stands for Special Performance) replaced the GIV in September 1992. The GIV-SP has higher payload and landing weights and improved payload range performance. There is an Aircraft Service Change (ASC) 190 modification which allows an owner/operator to upgrade a GIV to a GIV-SP. A total of 304 GIV-SP business jets were built, 2 are retired.